You have a hard working day in your clinic and hospital. Still there are some more patients waiting to be attended and its time for your lunch break. You ask the waiting patients to relax and wait for the lunch break . But suddenly some patients start arguing with you, then pushing you and abusing you. You are speech less as you are not prepared nor ready for such a situation. You might try to protect yourself but its of no use against the mob of patients. Before you know, you are being punched, kicked and mauled.

For many doctors it has become a reality !

One of the most recent such cases to happen was with Dr. Rahul Viswani.

Dr. Rahul Vaswani – Junior Resident in Ophthalmology studying at SMS Medical College (Jaipur) was working in the OPD a couple of days back. As patients lined up for treatment, he asked one patient to get in line. To his horror, this simple request was taken as some kind of disrespect to the patient and 3 to 5 of his friends attacked Dr. Vaswani ans broke his hand. ( As reported by Indian Express)

No words can describe the situation in this matter.

They might be having a very bad day, financial or family problems or just a regular day, but they are always present and ready to make people’s life better. They listen to patients, diagnose them , hear out their problems and then try their best to bring some peace and relieve to the patient. In return Doctors and health professionals used to get the RESPECT for their soul & MONEY for their living.

But are the things still the same ? Just take a seat back and analyse. Just google the term ” Violence against doctors in India ” and you will be flabbergasted just reading the amount of such incidences in 2015 alone. But its not a question of this year only. Unfortunately this has been a growing trend for the last 5 years.

All the cases that are being reported are just a fraction of actual such incidences that’s taking place. Many such cases go without being reported due to various factors.

Reasons For Violence Against Doctors

Number of patients visiting hospitals have increased beyond any possible estimation. Due to rise in medical costs majority of common people head for the government hospitals. In any govt. medical/dental college there are on average a minimum of 10,000 new patients.

2.Shortage of Doctors & Jobs for Doctors

Its very disappointing that almost all the governments all over India are just busy in promoting business and in efforts to create jobs in production and engineering sector. They are least bothered to increase the seats in medical, dental and health science courses so that there can be qualified health professionals to manage the hugely increasing population.

There is also no efforts from the governments to create Jobs for the doctors who have already finished their degrees. Very few doctors get the Govt. Jobs and then again Govt. wants them not to practice privately.

When will the governments realize that unless the young doctors get job then gradually who will be interested in getting the health sector jobs !!!

All over India doctors are facing this problem.

For Each doctor there are around 1000 or more patients.

There is an acute shortage of doctors.

In-spite of the demand, the Govt. pays young doctors very low salary and asks them to work in poor remote areas !!! Why ? Don’t the young doctors have a right to good salary. Just because they are doctor they have to slog  their whole life ? Where as their friends from other fields earn 7 figure salary. Doesn’t a young doctor, after studying so many years, has the right for a good salary ans comfortable life. Just because he is a doctor, he has to face all the hardships of society.

Because of all this, some times there are instances of doctors shying away from their duties.

Doctors are less in number and less paid. So all this in turn directly affects the patients. Less doctors with less pay means natural degradation of the health services. It’s a cascade effect. And in this modern age it has become the survival of the fittest. This situation of need and less supply is creating a situation of fight and patients are losing their cool. They can’t attack any government directly so the anger spills out on the person who is directly in-front of them – the doctor treating them.

Due to such incidences young doctors are scared and worried for their safety. Excessive work load, less pay and now getting beaten by patient ! If this goes on like this a day will come when  parents will no more want their kids to be doctors. In fact it’s already happening.

They reported that Doctors today are not sacrificing enough. !!!

An Architect when he designs your house how much does it
cost him. A pencil a ruler a paper. That is mere 10 rs. But still u
pay him 50,000 to 1 lac saying it’s his fees.

A lawyer charges you as per the needs of a case ranging from
50000 to 1.5 lac. How much does it cost him. Just a ride from Home to Court.

An interior Designer charges you 50,000 for your Home
decoration but you have to buy all the furniture. What’s his
cost. Zero rupee.
A tailor charges you 350 to 500 rs for a shirt stitch for which
even the fabric has been bought by you. What does it cost him.
A threat and a needle.. 50 bucks

Where were you, the So called Media when these people charge such huge amounts.
These amounts are not the charges for the materials. It is the
charges for the expertise which we gained when you were
enjoying beer with friends, going around with your girlfriends  &  celebrating festivals in your twenties. And we were studying medicine so that we
can reduce people’s pain.

You want cheap tests. Ok we will do cheap tests. Interpret the
results yourself and treat yourself. I can provide you books if u
want. Kindly get your facts clear.

The Indian public should understand that
Medical science has yet not conquered Death. Even doctors’
parents and relatives and doctors themselves die due to Illness.

Medicine is not a simple straightforward Mathematics,
It is a complex science with lot of grey areas, where difference
of opinion are normal.

In India,the health scenario is such where the private sector
is catering to 75 percent of India’s Healthcare needs. Don’t
expect it for free.
It has to be chargeable to be sustainable.

Doctors constitute the topmost brains that India produces.
So if the IITians and IIMians can earn 7 figure salary on just
passing out,
It is not wrong for doctors to command a decent fee after
studying the most ie 12 years after HSSC/SSLC.

Lastly, looking at the way the society has degraded,
Doctors are still the least corrupt professionals as compared to
the lawyers, police, judiciary, the govt servants, the big and
small business men and so on.

Learn to respect your doctors and soldiers who are both
involved in protecting you & your loved ones, directly or
indirectly.
Everyone is doing business and not charity .
This why free work is expected only out of doctors !

And in-spite of doing all these … when a doctor gets beaten !!!

Am sorry that’s enough and we can’t lose more of our dignity.

DentalOrg strongly condemns any incidence of violence again health professionals and will stand with them in any such cases. Lets work together and use social media to raise the awareness. Don’t feel that your share is not worth it. Its valuable as it means the message reached one more person. 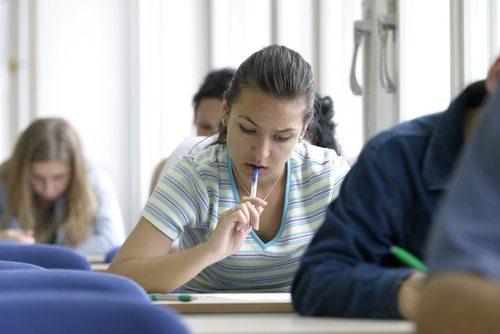 LIFE OF A DENTIST : A COMEDY OR A PARODY? 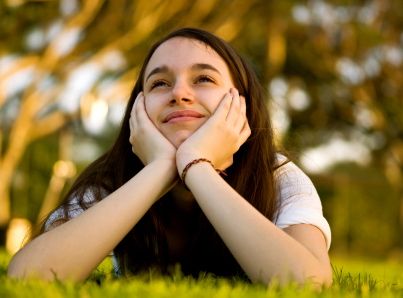 NEET EXAMS AND HOW TO PREPARE FOR IT