In this post, we will know about some of the most famous female dentists in the world and a little about their life.

How to define a woman?

Is it just a biological gender difference or there is more to it.

Many throughout the history have tried to define Women. Many statements have been given overages. The one comment that I feel speaks about Women in the real sense is:

“A woman is the full circle. Within her is the power to create, nurture and transform.”

Within her is the power to create, nurture and transform.”

Today is International Women’s Day, and we feel it is the apt time to do some research and put forward a list of some of the most famous women dentists in the world.

This post mainly celebrates the Women dentists of the Old Era.

There was a time when Women were not allowed to study dentistry or work as a dentist.

However, these courageous women defied the norms by their sheer determination and became the first women dentist of their country.

So, they paved the way for the future generation of women in their country to take up dentistry as a career.

It is because of these ladies today, the world of dentistry is graced by the presence of thousands of talented female dentists world over.

N.B: By no means, this list is an all-inclusive list. There is no ranking system. At the same time, we strongly feel it is not fair to compare two individuals from different geographical regions with different access to facilities.

This list is based merely on online research and the available information on the internet. We will be happy to add more & more dentists to the list.

She is without a doubt the most iconic female dentist ever. She was the first women to professionally practice dentistry in the era when it was the American dentistry was only dominated by males.

Lucy Hobbs was born on March 14, 1833, in Constable, New York. She entered the working world by teaching school for ten years in Michigan. In 1859, she moved to Cincinnati, intending to become a dentist. When she was refused admission to dental school, she began a private program of study with a professor from the Ohio College of Dental Surgery.

Impact on World of Dentistry: By 1900, almost one thousand women had followed Lucy Taylor into dentistry, an increase many attributes mainly to her accomplishments. In 1983, the American Association of Women Dentists honored Taylor by establishing the Lucy Hobbs Taylor Award, which it now presents annually to AAWD members in recognition of professional excellence and achievements in advancing the role of women in dentistry.

flew it from one country to another &

The first black dentist in the world

Bessica was a multi-faceted lady. She was a dentist, businesswoman, and a pilot. She was also a professional musician, painter, and linguist, and participated in swimming and shooting.

In 1900 she was working as a dentist and living in New Hampton.

She was the first woman in the United States accredited with flying solo in an airplane. Her accomplishment is impressive because she had received no flight instruction or experience before her flight.

She and her husband made a wright brothers type plane using indigenous tools and techniques right in their backyard garage. They modified Wright brothers design by using bamboo & silk in an attempt to make the aircraft lighter.

On September 16, 1910, in her homemade flyer at Hempstead Plains, New York, Bessica Raiche made the first solo airplane flight by a woman in the United States to be accredited by the Aeronautical Society of America.

She is the perfect example for dentists of all gender who want to pursue more in their life in addition to dentistry.

Annie Elizabeth “Bessie” Delany (3 September 1891 – 25 September 1995) was an American dentist and civil rights pioneer who was the subject, along with her elder sister Sarah “Sadie” Delany, of the New York Times bestselling oral history, Having Our Say. 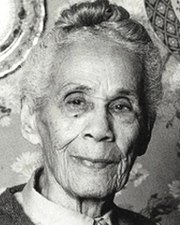 She was the second Black woman licensed to practice dentistry in New York State, and became famous, with the publication of the book, when she was aged 101.

Her role as a dentist is significant in the American black community of that era. She not only provided treatments to a lot of poor black people but also played a major role in advocating the education among black women.

Three best-selling autobiographies have been published on Delany and her sisters covering their life and struggles to make a mark in the society.

A famous female dentist who made supernatural paintings and was praised by world’s most famous magicians & painters.

We are discussing some of the most famous female dentists from past and present. Continuing with the article, let’s have a look at the next renowned female dentist.

Marian was one of the most famous female painters in the world and at the same time a very prolific dentist.

She graduated from the University of Michigan College of Dentistry in 1899. Flora opened a dental office in Bay City in 1901 and became the first female dentist in Bay County. She was widely appreciated “for her progressive and excellent work in the day when she fabricated inlays, crowns, bridgework, and dental plates in her laboratory.

She was also a pioneer in the field of periodontal dentistry. Using her skills performed many grafting and regenerative periodontal surgeries even in that era.

She also had a very powerful instinct for painting, and soon she was among some of the very talked about painters of that time.

As Flora Marian Spore, “she became well-known for a new and unusual technique, sometimes using paint so thick it seemed as much sculpture as painting. Brilliant color, power, and an unquestioned sense of design of a new and mystic school brought her work to the attention of art critics who reviewed her paintings with interest and favor.

She claimed her large surrealistic works were inspired by long-dead artists who were communicating with her from “beyond the veil.” Her predictions of the future, her unusual artwork, her work with the poor in New York City’s Bowery, incited much interest in the national press.

Even the great magician of all time Harry Houdini praised her paintings and believed that her paintings might have the supernatural connection.

She was also a very active philanthropist. Marian Spore distributed more than $1,300 weekly in meal tickets purchased. She provided alms for the feeble, the disabled, and the starving. Four tickets purchased for a nickel each made up the smallest semi-weekly ration. Spore added a little-colored ticket which was paired with meal tickets.

As per Wikipedia, she is most famous for her humanitarian efforts to spread oral health treatments and awareness among the poor sections of the society.

See Next Slide to Know about the first dentists of Britain & Sweden.

We are discussing some of the most famous female dentists from past and present. Continuing with the article, let’s have a look at the next renowned female dentist.

Lilian Lindsay, CBE, FSA (24 July 1871 – 31 January 1960) was a dentist, dental historian, librarian and author. She was the first qualified woman dentist in Britain and became the first female president of the British Dental Association.

She is famous for not only being the first female dentist of Britain but also being one of the pioneers in promoting dentistry among the women in Britain.

Lindsay was able to secure a three-year apprenticeship in dentistry through a family friend but did not feel this was enough and sought to enroll in dental school.

She passed preliminary examinations, and in 1892 she applied for entry to the National Dental Hospital in Great Portland Street.

The dean, Henry Weiss, refused to admit her because she was a woman; he was so concerned that she would distract the male students that he interviewed her on the pavement outside the school.

He also advised her not to apply to the Dental Hospital of London as the Royal College of Surgeons of England did not allow women to sit their examinations at that time.

Then she applied to Edinburgh Dental Hospital and School, and she was accepted there by the dean W. Bowman Macleod. Even later she met with the disapproval of some of the Edinburgh staff; Sir Henry Littlejohn remarked “I am afraid, madam, you are taking the bread out of some poor fellow’s mouth.

She eventually rose up the ladder to be the first female president of British Dental Association.

An English Heritage blue plaque commemorating Lindsay was placed at 3 Hungerford Road, Holloway, London, where Lindsay had lived for the first twenty years of her life in 2013. It was at this address that Lindsay first decided to become a dentist. The plaque was unveiled by Dame Margaret Seward, the former President of the General Dental Council and Chief Dental Officer and Lindsay’s niece, Margaret Murray.

Rosalie Ingeborg Karolina Fougelberg (29 December 1841 – 8 May 1911) is known as Sweden’s first female dentist after the profession was opened to both genders.

It was that era in Sweden when Dentistry as a profession was not open for women. After a lot of lobby and movement, it was legally opened for Women in 1861.

However, the entry of Rosalie Fougelberg into dentistry was not very smooth. Even after women were legally allowed into dentistry, there still was much internal opposition to this. Fougelberg tried twice to get her dentist’s certificate; the second time, she was approved by the medical examiners but not by the dentistry representative. During her third try in 1866, the examination was supervised by the press. She was still turned down by the Collegium Medicum. However, by now there was a significant publicity of this issue (as the examination was covered by press where Rosalie had cleared emphatically). This time the Sweden  Monarch intervened and Rosalie Fougelberg was given a royal dispensation by the monarch, Charles XV of Sweden.

Thus, Rosalie Fougelberg was the first woman dentist since the profession was opened for women in Sweden. Soon she rose to the top of her dental career and Fougelberg was the personal dentist of the Queen, Louise of the Netherlands from 1867 to 1871.

When talking about Rosalie Fougelberg, it is essential to mention about Amalia Assur.

Amalia Assur was practicing dentistry even before Rosalie Fougelberg. So in many ways, she was the first Female dentist in Sweden. She was from a family of dentists. Both her father and brother were dentists. 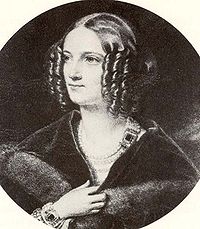 She was active in dentistry early on, as the assistant of her father. As an assistant dentist, her position was an informal one, and Assur was eventually reported to the authorities for practicing without a license. In 1852, she was given special dispensation from the Royal Board of Health to practice independently as a dentist.

Many people add that the permission was a dispensation because the profession of dentistry was formally barred for women and she was, therefore, a special exception rather than a pioneer for other women, as the profession was still prohibited for women.

However, as mentioned before in this post, we are no one to judge. For us, it is evident that both the dentists did their part in spreading dentistry as a profession among women.

To conclude the article:

In every society of every country, women are the pillar of the family. In the western world and now in other parts of the world too, more and more women are getting into dentistry as a profession. In the end its the gain for the society and dentistry itself.

Hope you liked this post. If you did, then do share it to spread the message of Women Power in Dentistry.

If you want to read more about Women Power in Dentistry in the modern world, then you would love reading these ongoing series of articles where we are covering women dentists from different countries who are making a mark in the profession. 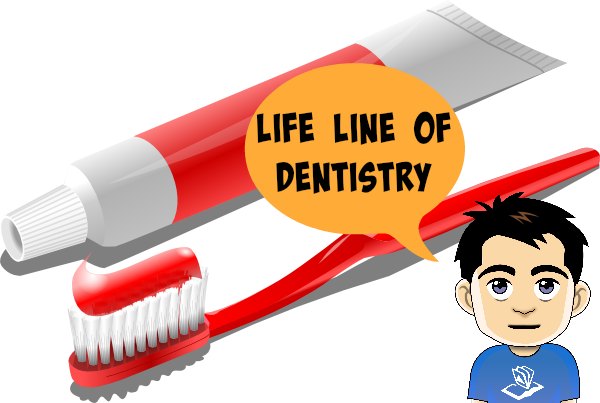 THE MOST ROMANTIC & FUNNIEST DENTAL ADVERTISEMENTS EVER 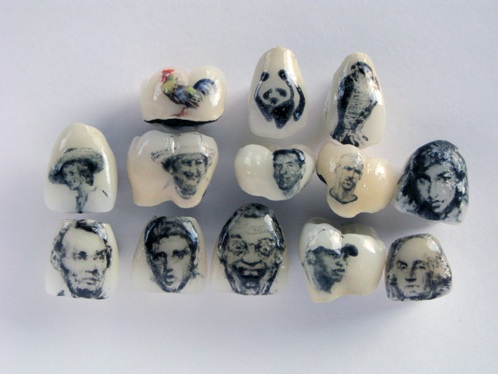