Doctors & Dental Surgeons who have won the Top beauty pageants in the world. This post dedicated to all health professionals who are working hard to help patients and also to make their own dreams true.

But with changing times, we are now witnessing more & more qualified health professionals like dentists, surgeons etc. working hard to pursue their other passions too. They are ready to work hard to succeed in being a good doctor and also to succeed in their other dreams.

In this post, we will talk about two doctors who won two of the most highly competitive beauty pageants in the world, Miss World & Miss Universe

Rolene Strauss is a medical student at the University of the Free State (doing her MD). She was born in Volksrust, South Africa, to Theresa, a nurse, and Hennie Strauss, a doctor.

Rolene got engaged to D’Niel Strauss (No relation) in December 2014. They were married on Saturday 6th February 2016 at Laurent Wedding venue, Lourensford wine estate, Somerset West near Cape Town.

She won the Miss World title when she was 22 years old and into the 4th year of medical school.

Strauss placed in the top 5 of Miss South Africa 2011 when Melinda Bam became the new titleholder of Miss SA 2011.

She returned two years later to compete in the 2013 Pageant and was crowned as Miss South Africa 2014 representing the Free State city of Bloemfontein on March 30, 2014, at a ceremony held at the Sun City Super Bowl, South Africa.

Strauss was among 122 contestants who competed for the coveted title in 2014. During the ceremony, contestants wore colorful costumes representing their countries and territories.

Rolene Strauss is an inspiration for every health professional.

She is a successful model, pageant winner & a hard working doctor. She also promotes the importance of staying fit through her social works and social media campaigns.

So, there is a lot you can learn Dr. Rolene Strauss.

A french beauty, who also happens to be a Dental Student, has been crowned as the new Miss Universe at a sparkling ceremony in the Philippines.

She won the title at the competition’s final on Sunday, January 29, in Manila, Philippines.

She’s only the second Miss France to ever win the Miss Universe crown.

Iris is also the first European to take the crown since 2002.

And she is the first dentist ever to win a beauty pageant at a world level.

Mittenaere was born on 25 January 1993 in Lille, to Yves Mittenaere, a professor of history and geography, and Laurence Druart, a schoolteacher, and lecturer.

Mittenaere attended school in Steenvoorde, where she lived with her mother. In 2011, she graduated lycée with a degree in science. After graduating, she moved back to Lille, where she attended Lille 2 University of Health and Law, studying dentistry.

Back Ground in Beauty Pageants

In the subsequent year, she appeared in the miss universe pageant representing France which she eventually won.

After winning Miss Universe Title, What’s her vision for dentistry?

Will she complete her dental degree and be a professional dentist?

Read in the NEXT Slide

You are Miss France and you are #MissUniverse. pic.twitter.com/BeXxbqSGZh

As far as we can think, it’s a great achievement. But still, there has been some online backlash by trolls. We at dentalorg.com feel that every dentist is a unique individual with the potential to achieve their dreams. Miss Iris Mittenaere is an inspiration to all such dentists to be passionate and pursue the things they want to achieve in life.

The passing of the crown: Let the journey begin for Iris Mittenaere. #MissUniverse pic.twitter.com/LrhTXqzIv6

She is also an inspiration for women in dentists. We are not saying in terms of looks or physical beauty. Every woman is beautiful. What women dentists can learn from this story is the spirit & passion for achieving something that you really want. Ladies, you can be amazing dentists and at the same time achieve laurels in other things you are passionate about. So, go for it.

We at dentalorg regularly publish motivating stories where women are making a difference to dentistry. You can read about few more amazing women dentists below.

In the next page, we will meet Manushi Chillar who is a medical student from a small town in India and even the Miss World 2017.

In the last few years, women from health profession have been winning the top beauty pageants in the world, and it is just not a coincidence. As the saying goes, beauty lies in the eyes of the beholder. Moreover, the world is now opening up to the truth of grace with brains and empathy.

So, it is not a surprise to see that in last few years more or more women in health profession are not only taking part in top beauty contests but also winning it.

In this post, we will meet Manushi Chillar who is a medical student from a small town in India and even the Miss World 2017.

The 20-year-old from Haryana, who is a medical student, edged out top five contestants from England, France, Kenya, and Mexico at the event, which saw participation from 118 countries.

In the top five round, Chhillar was asked which profession according to her deserved the highest salary.

“I think a mother deserves the highest respect and when you talk about salary it’s not always about cash but I feel it’s the love and respect that you give to someone. My mother has always been the biggest inspiration in my life.

“All mothers sacrifice so much for their kids. So, I think it is the job of a mother that deserves the highest salary,” Chhillar said to a wide-applause.

According to Chhillar’s profile on the Miss World website, her father, Dr. Mitra Basu Chhillar, is a scientist at the Defence Research and Development Organisation, while her mother, Dr. Neelam Chhillar, is an associate professor and department head of neurochemistry at the Institute of Human Behaviour and Allied Sciences.

Chillar studied at St. Thomas’ School in New Delhi, and is pursuing a medical degree at the Bhagat Phool Singh Government Medical College for Women in Sonipat.

She aims to be a cardiac surgeon and wants to open a chain of non-profitable hospitals based in rural areas.

Check out some real-life pictures of the inspiring lady from medical school to one of the World’s Top beauty pageants.

This story is inspiring in so many ways. Not only in India but the world over there are thousands of smart intelligent and simple girls who are all beautiful and graceful in their unique ways. The story of Manushi is an inspiration to all the girls to never stop dreaming for big achievements in career and life.

The 20-year-old Chillar was as beautiful as she is now. But her impeccable grooming and polishing brought her where she is today. Now, she is looked upon as a paramount of Indian beauty by millions of people in the country. It’s surprising as well as delightful to see how a medical student from Haryana transformed herself to become the beauty queen of the world.

As a medical student, she has also played her role in promoting health issues to the people in the remote parts of India (like thousands of other hard-working health professionals all over India and World).

This feat by Manushi is not just a personal achievement by the young lady, but it also brings India and also the health professionals on a global platform.

We wish Miss Manushi Chillar all the very best in her medical career as well as other endeavors.

Meet some other amazing medicine specialists and dental surgeons who are top doctors in their country and also the winner of Miss World and Miss Universe. Read the article below:

Welcome to one more article at DentalOrg.com where we are celebrating women power in dentistry. Today we will be covering the story of one amazing lady and dentist who is very different from every other dentist out there. Yes! She is an expert dentist.

SHE IS ON A MISSION TO PROVIDE DENTAL CARE TO 500,000 VILLAGES

If you look close enough, there are always stories around you, which will hit that inner cord within you. These stories will motivate you and make you question yourself. These stories will give you the courage to fight the obstacles on the way of your goal. 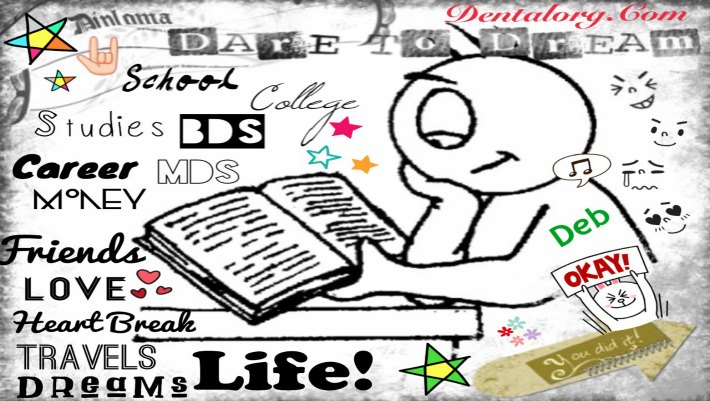 TOP 5 AMAZING & SILLY THINGS YOU DID IN HOSTEL

7 HAPPIEST MOMENTS FOR A DENTIST