How do Braces Work & Cause tooth movement ?

Know the Basic Idea and When To Consult an Orthodontist ?

In any orthodontic dentistry the major components involved are :

* Brackets made of metal or ceramic. A bracket is attached to each tooth.

* Bands are metal rings that are usually placed only on back teeth.

* An Arch Wire, which is a thin metal wire that runs from bracket to bracket and puts pressure on the teeth.

* The Elastic Ligature Tie (also called an “o-ring“). This is a small colored elastic that holds the bracket onto the arch wire. The ligatures are usually changed at each adjustment visit.

* The brackets and bands are held on to the teeth byBonding material (glue).

* Accessories on the braces such as headgear tubs, hooks, loops and steel ties are also often used for maximum control and tooth movement. 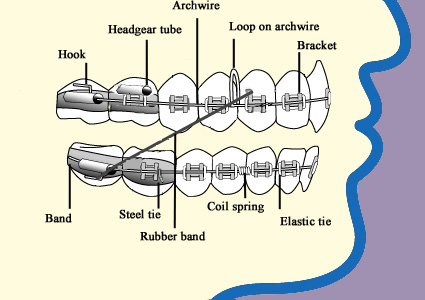 The teeth move when the arch wire puts pressure on the brackets and teeth. Sometimes, springs or rubber bands are used exert more force in a specific direction. Braces exert constant pressure, which over time, move teeth into their proper positions.

Your teeth are surrounded on top by gum tissue (also called Gingiva). Under the gum tissue, the Periodontal Membrane (sometimes called the Periodontal Ligament or PDL) encases the bottom portion of the tooth. Next to that lies Alveolar Bone.

When braces put pressure on your teeth, the periodontal membrane stretches on one side and is compressed on the other. This loosens the tooth. The bone then grows in to support the tooth in its new position. Technically, this is called bone remodeling.

Teeth move through alveolar bone, whether through the normal process of tooth eruption or by strains generated by orthodontic appliances. Both eruption and orthodontics accomplish this feat through similar fundamental biological processes, osteoclastogenesis and osteogenesis, but there are differences that make their mechanisms unique. A better appreciation of the molecular and cellular events that regulate osteoclastogenesis and osteogenesis in eruption and orthodontics is not only central to our understanding of how these processes occur, but also is needed for ultimate development of the means to control them. Possible future studies in these areas are also discussed, with particular emphasis on translation of fundamental knowledge to improve dental treatment. 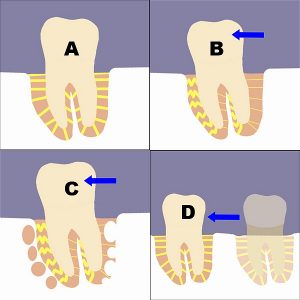 Bone remodeling is a biomechanical process responsible for making bones stronger in response to sustained load-bearing activity and weaker in the absence of carrying a load. Bones are made of cells called osteoclasts and osteoblasts.
Bone remodeling works like this: increase the load on a bone and osteoclasts are created which break it down in response to the load. Remove the load and osteoblasts are created which create new bony cells. Repeat the process through repetitive motion and eventually the bone density increases.

The clinical picture of orthodontic tooth movement consists of three phases: an initial and almost instantaneous tooth displacement; delay, where no visible movement occurs; and a period of linear tooth movement.

The applied forces create strains in the tooth-supporting tissues that manifest almost immediately and can be roughly categorized as compressive and tensile.

The initiating inflammatory event at compression sites is caused by constriction of the periodontal ligament microvasculature, resulting in a focal necrosis, known by its histological appearance as hyalinization, and compensatory hyperemia in the adjacent periodontal ligament.

The PDL as a sort of messenger between the teeth and surrounding bony sockets. Pressure between the PDL and bone causes the bone to create osteoclasts and breakdown the bone to restore the normal spacing between the teeth and bone. The corresponding tension on the PDL behind the movement causes the bone to create osteoblasts, effectively building new bone to fill in the difference and restore the normal spacing between teeth and bone. Not a whole lot of force is necessary, only “some” force which is not normally present.

This is where the bracket s and archwires come into the picture – they generate the  artificial force needed to create and sustain the pressure.

Archwires are made of various materials and strengths, but the general principle remains the same: teeth that are not in alignment follow the curve of the archwire and adapt to that new, aligned position. Archwires want to retain their shape and this creates the force that causes the bone to remodel and the teeth then to move into the desired position.

The osteoclast (breakdown) process takes about 72 hours to get fully going, the osteoblast (rebuild) process about 90 days. Stabilizing the result takes about 10 months (which is why it is important to wear your retainer to avoid a relapse of the original or some intermediate positions).

There is abundant evidence suggesting that neurovascular mechanisms play important roles in tooth movement, through the development of an inflammatory reaction.

The release of pro-inflammatory cytokines and lysosomal enzymes that promote tissue resorption at compression sites is well-documented. Prostaglandins, IL-1, IL-6, TNFα, and receptor activator of nuclear factor kappa B ligand (RANKL) are all elevated in the periodontal ligament during tooth movement.

Increases in the lysosomal enzymes, acid phosphatase, tartrate-resistant acid phosphatase,and cathepsin B are also localized at compression sites, suggesting that they may play pivotal roles during orthodontic tooth movement in the process of hard- and soft-tissue degradation by increased numbers of macrophage and dendritic-like cells.

The reason wearing your rubber bands full time or 24 hours a day is so important is because of the bone remodeling. If it takes 72 hours for the movement to get going and the bands are removed for long periods of time, then this process never really begins! This also explains why it is so important to continue wearing the rubber bands as prescribed: since it takes 90 days to rebuild the bone in the position the tooth moved from, without rubber bands pulling the tooth in the desired position, the tooth will slip back into its old spot. Ah-ha! That is why we are always telling you to wear your rubber bands!

So, now you know the basics about orthodontics … so next time a patient gets to your clinic … understand well and refer the case to a qualified orthodontist and call an orthodontist for a consultation. 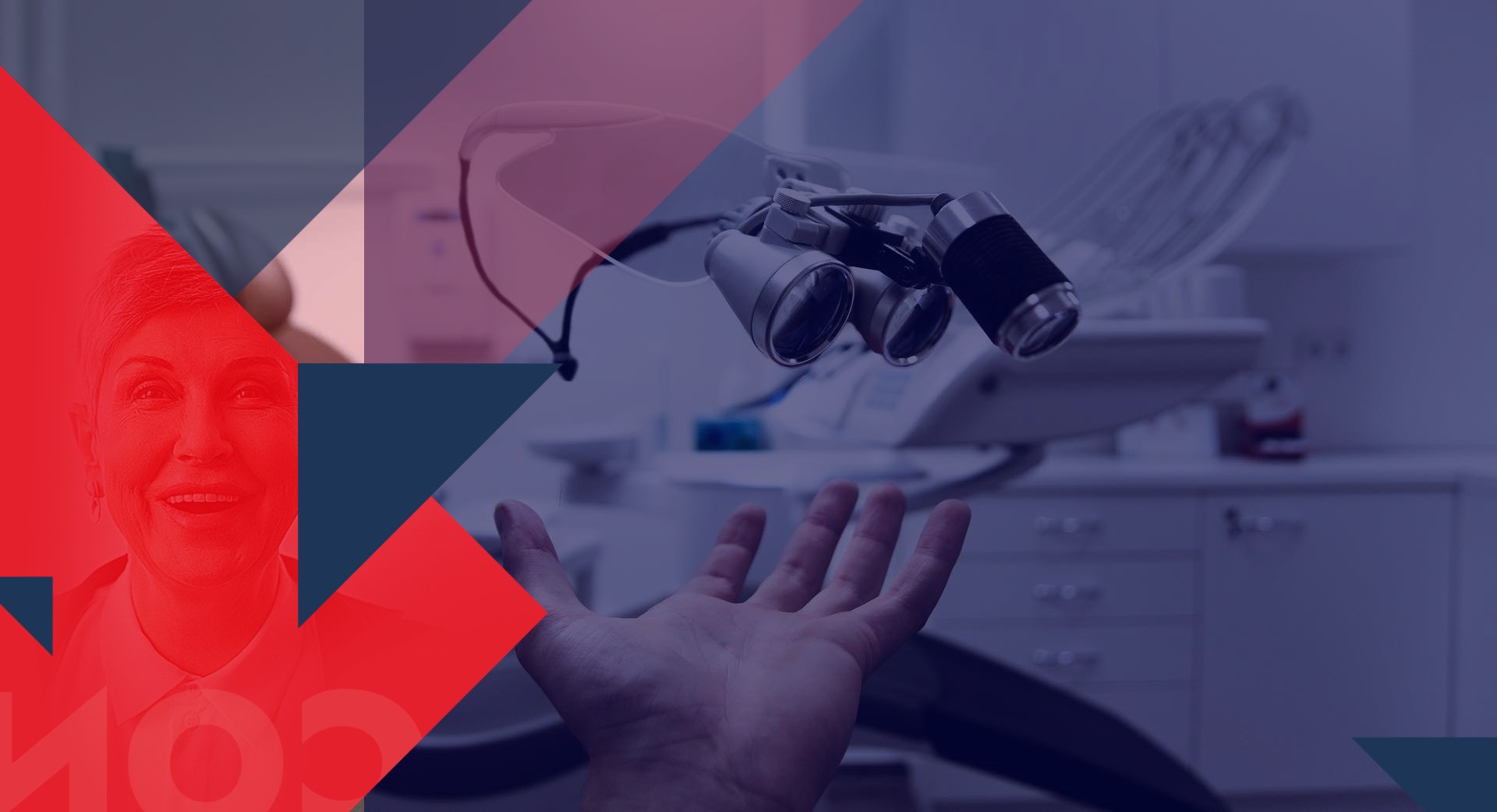 TOP 10 BEST POINTS ABOUT BEING A DENTIST 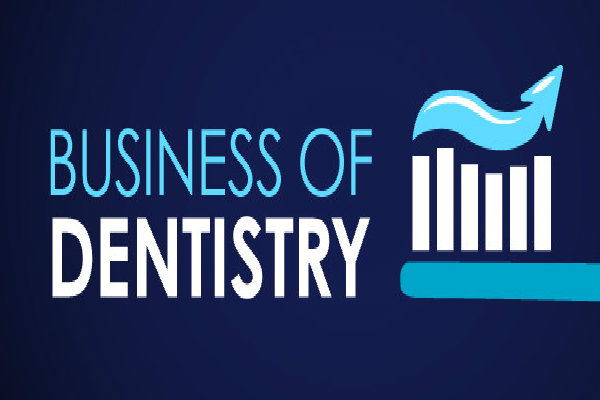 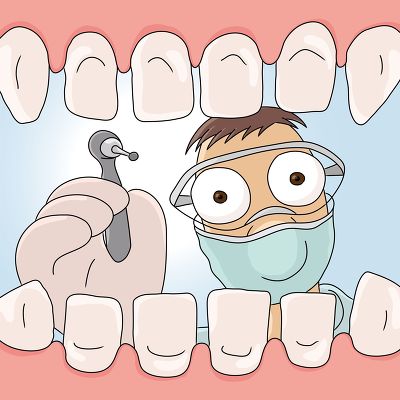 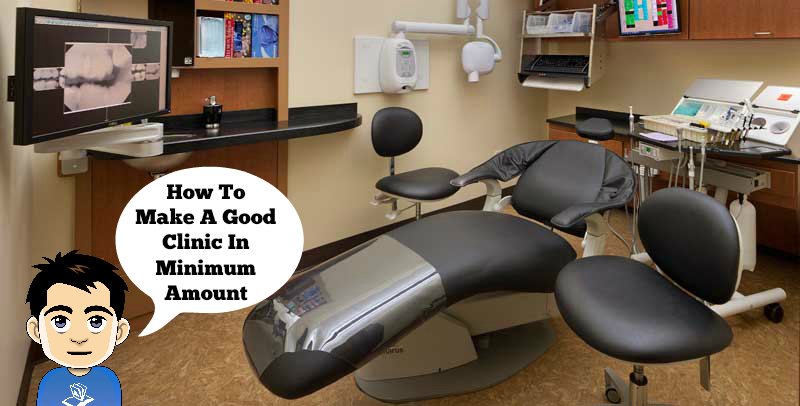