Being a dentist is a serious profession.

It’s always a serious matter when you are dealing with dental pain and patient is hoping that you will put a sudden end to it. Frankly, it’s really stressful for us dentists !

I felt that its time we relaxed a bit ! Here are the best 5 jokes ever on Dentist & Dentistry !

So this post is dedicated to “We”- The Dentists 😀 . Share it with all your fellow dental friends and professionals.

A young Dentist had just started his own Clinic.

He rented a beautiful office and had it furnished with antiques.

Sitting there, he saw a man come into the front office. Wishing to appear the “busy dentist”, the gentleman picked up the phone and started to pretend he had to give an appointment.

Finally he hung up and asked the visitor, “Can I help you?” The man said, “Yeah, I’ve come to activate the phone !! 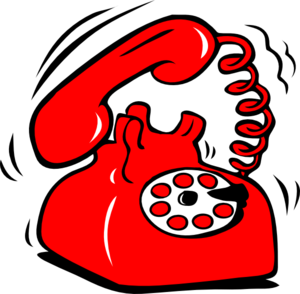 A guy and a girl met at a bar. They started getting along really well and they decide to go to the girl’s place for a drink.

A few drinks later, the guy took off his shirt and washed his hands.

He then took off his socks and washed his hands.

The girl looked at him and said, “You must be a dentist!” 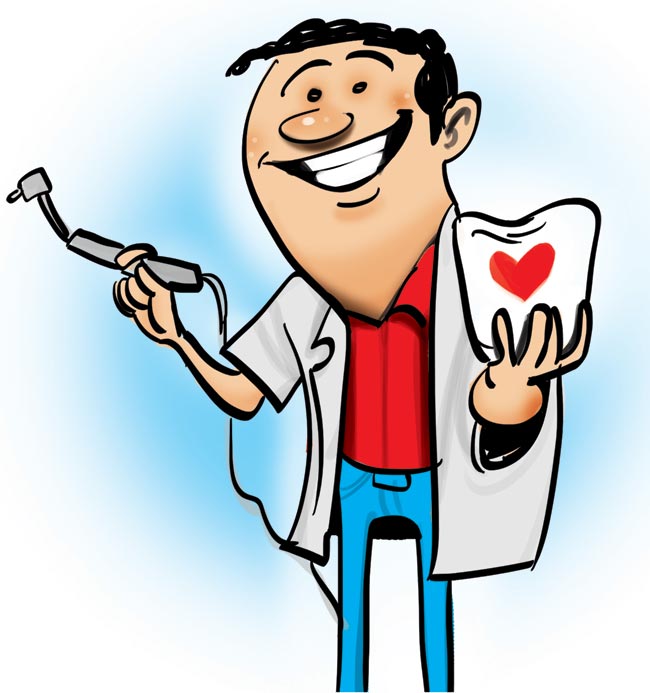 Surprised and happy , the guy responded, “Why yes. That’s amazing. How did you determine that?”

The woman replied, “Easy… you keep washing your hands.”

Well, one thing led to another, and they migrated to the bed. Things became more and more passionate and … 😉 … Censored … : )

After their passionate deed was done the woman remarked, “You must be a GREAT dentist!”

The guy was very surprised, and said ‘Yes! Yes! I sure am a great dentist… You amaze me! And how did you know THAT, my dear?

Go Next Page of the Article A particularly voluptuous lady entered the dentists surgery in an obvious state of agitation. The dentist tried to calm her down assuring her that he would do nothing to hurt her. She sat down in the chair and started fidgeting nervously as the dentist began sterilising all the required equipment. When he asked her to open her mouth, she screamed.

So he tried to calm her down again even though he was losing patience.

Almost immediately the lady threw a hysterical fit, then realising that the dentist had begun glaring at her, she said, “Oh doctor, I’m so nervous. I hate dentists. I think I’d rather have a baby than have a tooth drilled.”

Replied the dentist ” Well Miss, better make up your mind fast so that I can accordingly adjust the chair.” 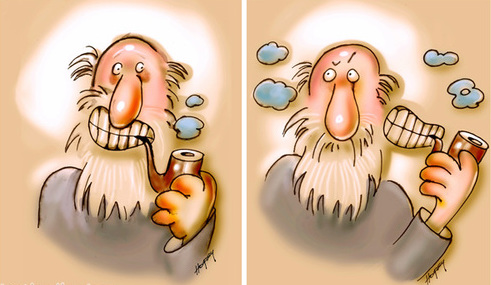 A rather forgetful dentist was invited to speak at a hotel banquet about, of all things, dental hygiene. When he arrived at the banquet, he seated himself at the head table only to suddenly realize that he had forgotten to put on his false teeth. He was in a state of panic as it just won’t do to have a speaker with no teeth talk about dental hygiene. And besides, most people don’t understand him too well without his teeth.

He managed to explain the situation to the man seated next to him, and was about to leave for home to get his teeth, when the man smiled and said, “No problem, I just happen to have a spare. Try these on,” and the man passed the speaker a pair of dentures.

The speaker couldn’t believe his luck. He tried on the dentures but they didn’t fit well. “They’re too loose,” he said.

“No worries,” the man said. He reached into another pocket and produced another pair of dentures. “Try these.”

The speaker had no idea why the man would be carrying 2 sets of dentures with him but he wasn’t about to look a gift horse in the mouth. He tried on the second pair but they were too tight.

“Okay, I have got one last pair,” the man said. And he produced a third set of dentures from his briefcase.

And they were a perfect fit. The rest of the evening went without a hitch, with the speaker giving a flawless speech and rounding it off with a great dinner.

At the end of the evening, the speaker thanked the man and since they were in the same profession, asked for his name card.

See Next Page of the Story

to See the No.1 Dental Joke in the World

The night before their big exam, four students from the Dental College decided that they had it with studying and went drinking till the wee hours of the morning. When they woke up the next morning, they realised that it … was one hour to their exam and they were totally unprepared. 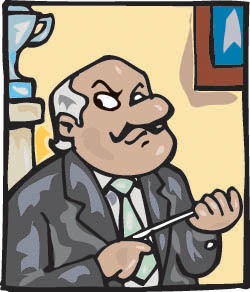 So, after showering and shaving, they came up with a plan. They put some grease and mud on their clothes, messed up their hair, and made sure they got some grease on their faces as well.

And then they approached the professor, “Professor, I don’t think we are able to take the exam today. We went to a friend’s wedding last night. But on the way back, the car slipped into a muddy ditch. We spent an hour getting it out. And then the tyre blew. We tried changing the tyre but couldn’t quite figure it out so we pushed the car all the way back and arrived just minutes ago.”

The professor could smell a scam a mile away, having been the perpetrator of quite a few in his younger days. But he decided not to call their bluff and told them that they could take their exam in the next few days.

They studied really hard this time, and when the day of their exam came, they were fully prepared. They arrived half an hour early and were seated at their usual spots when the professor came in and told them that they were going to take a special exam.

The questions in this special exam were tailored just for the 4 of them. There are just 2 questions in the exam, they will have only 5 minutes to complete both questions and they have to take the exam in separate classrooms.

Rather intrigued, each of them sat down in their separate classrooms and read the 2 questions in their special exam:

Question 1: (50 marks)
What is the name of the friend whose wedding you attended?

The Final No.1 Dental Joke in The World

The Final No.1 Dental Joke in The World

“The Best Dentist In The World”

I was waiting nervously to see the dentist when a woman breezed into the room from the dentist’s inner office. She looked like she had just emerged from the most luxurious spa in the world and not from a room in which they put tubes and metal instruments in your mouth. She greeted everybody in the room, and sat down next to me as I think she sensed that I was nervous.

“You look nervous,” she said. “I know for a fact that he is the best dentist in the world. He will take care of your every need and he’s so gentle and understanding too. I can guarantee you that you will not feel even a twinge of pain.”

And with that, she breezed out of the room just as she’d breezed in, leaving everyone feeling refreshed and actually looking forward to meeting the dentist.

When it was my turn to go in, I went in with a smile on my face. And when I met the dentist, I complimented him on the great job he did of putting his patients at ease. I told him about the woman who acted like she just came out from a spa when she walked out of his office.

He paused for a moment, and then his eyes lit up, “I know who you are talking about. You met my mother.” 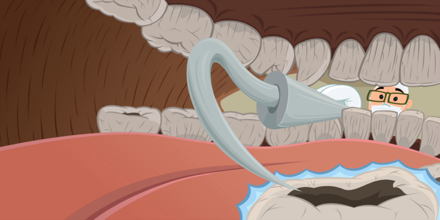 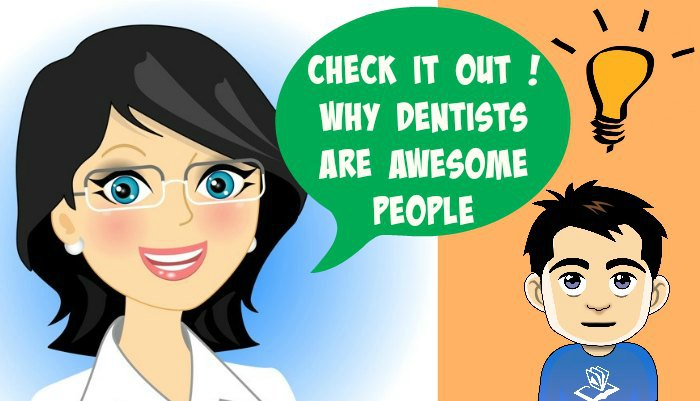 10 REASONS : WHY DENTISTS ARE AWESOME PEOPLE 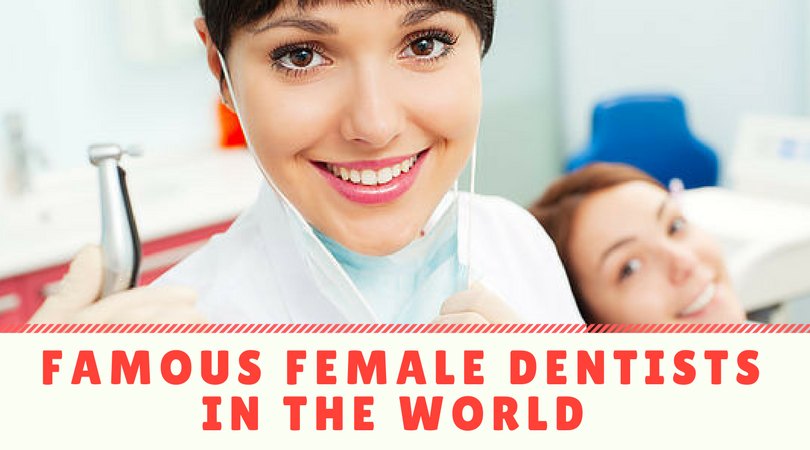 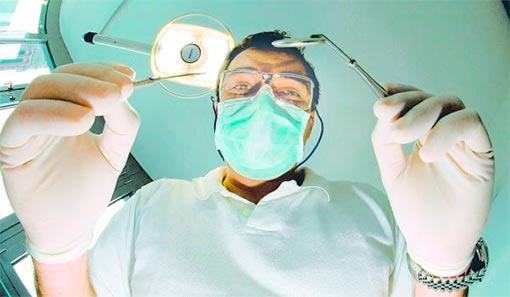